AGLOCO stands for “A Global Community”Â, and it is basically a company owned by the users with the objective of generating revenues through advertising displayed on a Viewbar that users download. The registration is free, and after you become a member you can earn money in two ways: navigating through the Internet using the Viewbar and referring new members.

The Viewbar has not being released yet, and apparently members will have a monthly limit of 5 hours to navigate using it. Some people defend that you will be able to make a couple of dollars at most from the Viewbar navigation, and I guess that is close to the reality.

The referring scheme part is more interesting, there are estimations that each referral should pay $30 (it is not clear when or how this money will be paid to members, though). The other benefit of referring people is that you can actually accumulate hours if they navigate using the Viewbar, up to 5 degrees of referred members. 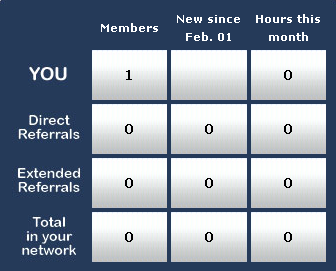 Overall I can say that I am a little bit skeptical about the real opportunities behind this deal. I decided to join nonetheless because it is free and because I was curious. Also since the Viewbar has not been released yet this could be good time to build your referral network. If you want to try it out and join my network, click here.

Browse all articles on the Monetize category