Direct Traffic: 5 Reasons Why You Should Care

Undoubtedly you read a lot about bloggers improving traffic and finding new sources (I know I’ve written about this myself more than a few times). Social media, search engines, inbound links, commenting, they’re all common topics for bloggers who are aiming to increase their traffic levels. But very rarely do I read anything about improving the numbers of direct visitors. 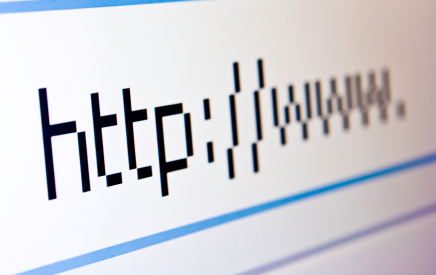 If you track your blog stats, which I know most of you do, you’ll see a section of visitors that come directly to your blog rather than being referred from another website or from a search engine. Most of the time we’re more interested in the other traffic sources and we focus our attention on improving those results.

Why Is Direct Traffic Important?

1. When a large percentage of your visitors are coming directly to your blog, it shows that they are recognizing you and thinking of you. For example, if someone is looking for writing tips, they could go to a search engine and do a search, or they could type dailywritingtips.com in their browser and go directly there. In this situation, the visitor feels that there is no need to do a search for writing tips, he or she would rather go to Daily Writing Tips first because it is recognized as a valuable source of the information that is being sought.

2. Direct traffic is not dependant on shaky factors like search engine rankings or social media popularity. While these things can be outstanding and valuable sources of traffic, they are always going to be somewhat out of your control. If people know your blog and they choose to visit directly, there is nothing to stop them.

3. The traffic that you receive directly will likely be the most targeted traffic that you can get. People are coming to your blog because they want to find something specific or see what new posts have been published. In most cases they’re already familiar with your blog and they are choosing to come back.

4. Increased recognition leads to increased loyalty. Every blogger aims to be recognized by those within the niche or industry. Think about your own habits as a blog reader. Which blogs would you say that you are most loyal to? Are they also the same blogs that you visit directly? Most likely they are. With increased recognition and direct traffic you will receive more repeat visitors.

5. Direct visitors are warm leads. Whether you are selling products or just attempting to grow your subscriber base, your direct visitors will be the most responsive to whatever you are offering. Because they have chosen to visit your site specifically, they probably value your opinions over others.

How Can I Increase Direct Traffic?

1. Creating a strong brand is important to driving direct traffic. If readers know you as being the source of information on a particular topic and they remember things that they have learned from you in the past, they will be more likely to come directly to you. Potential visitors should ideally think of you instantly when they are looking for something specific. When I think about what blogs I visit directly, I think of ones like ProBlogger and Copyblogger that have done an excellent job of branding themselves.

2. In order to effectively draw direct traffic you will need to be remarkable in one way or another. For people to think of you first, there has to be some reason that you stand out from the crowd. Of course, being remarkable is not easy, but it should be the goal.

3. Use a domain name that is easy to remember. Daniel wrote an excellent article The 7 Characteristics of Good Domain Names. If people can’t remember your domain name it will be very hard for you to build up a substantial amount of direct traffic.

What Are Your Thoughts?

Do you pay much attention to your direct traffic numbers? Have you found any specific ways to increase the amount of direct traffic that you receive?

46 Responses to “Direct Traffic: 5 Reasons Why You Should Care”