List posts are hugely popular in the blogosphere — and for a good reason. They attract readers, and they’re easy to write.

Sometimes, there’s a bit of a backlash against list posts. That’s not because they don’t work, but because they’re often poorly executed. Here are six mistakes that are easy to make — and easy to prevent.

Mistake #1: Putting the Wrong Number in the Title

When you’re crafting your list post, you may well find that you cut out one item — or add in an extra one. Make sure you change your title to match.

Watch out for any other references to the number of items, too (probably in the introduction). This isn’t such a glaringly obvious error, but you can bet that at least some of your readers will notice the mismatch.

Mistake #2: Leaving Off the Introduction

Some bloggers launch straight into their list with #1, without even a line or two of introduction. This can come across as abrupt and jarring (or just plain lazy) to your reader.

You can use your introduction to explain the “why” of your list in the introduction, or to tell the reader how to use the list. For instance, you might encourage them to try out one or two of the ideas, even if they don’t have time to do them all.

Mistake #3: Forgetting to Number the Items

Quite often, I come across list posts where there’s a number in the title (“7 ways…” “4 tips…” etc) but the actual list items aren’t numbered.

There’s no good reason not to number your list items. The numbers help readers to orient themselves within the post — they know how far through the list they are at any given stage. Plus, without numbers, your readers may try to count the items as they read — which means they won’t be concentrating on the post itself.

Mistake #4: Failing to Order the Items

One reason why list posts get a bad name is because they often jump around all over the place, giving the impression that the blogger threw them together without putting much thought into ordering.

Your readers may not consciously notice if you’ve ordered your list items, but they will get the sense that your post is carefully constructed. You could try:

In this post, I ordered the mistakes so that they match the experience of reading a poorly-written list post — the first thing you notice is the title, then the introduction (or lack of one!) and so on.

If you’re reading a list post where each item consists of several thoughtful paragraphs, then you suddenly hit one which is just one line, it’s going to seem odd. (And the reverse applies too — single-sentence items followed by a huge one.)

Obviously, not all your ideas will be exactly the same length, but it’s goodl to shoot for a similar range. That might be two — three sentences or two — three paragraphs. The key thing is to be consistent. If you’re struggling, try merging together two short items, or splitting up one long one.

We all know that “100 top tips” is going to sound more impressive than “10 top tips” — but that’s not an excuse for writing a padded list post. It’s better to have a genuinely useful list of 10 or 20 items than a massive list of 100 that doesn’t provide much value.

One great way to ensure a high-quality post is to over-plan your list: if you’re aiming to write a list of 20, aim for 24 or 25 ideas. That way, you can prune out the weaker ones.

What other mistakes do you see bloggers making with list posts? Add your thoughts in the comments… 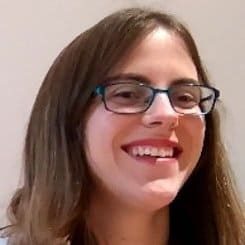 I'm a writer and blogger, and have four books out: Publishing E-Books for Dummies, and Lycopolis, Oblivion & Dominion (three novels in a trilogy).