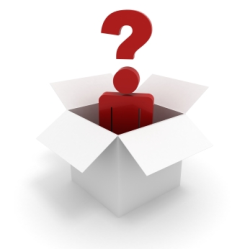 It has been a while since I first though about introducing a weekly “Blogging Questions & Answers” column on Daily Blog Tips, and now I am ready to kick it off. Usually readers send me a dozen of questions via email every week, so instead of answering them privately I will now publish them on the blog.

Bloggers that answer questions tend to use different approaches. Darren has been doing this for a while, but he answers each question individually on a lengthy post, and usually he selects months of the year to feature these “reader questions.”

On Daily Blog Tips I will try to do something similar to what Shoemoney does. Basically he answers all the questions submitted on the previous week on a single post. The answers are obviously shorter, but this method allows you to cover a wider range of topics.

You can submit your questions either by leaving a comment on this post or via the contact form. Next Wednesday I will publish the first batch, and hopefully this will become a permanent feature here. So don’t be shy, ask it out!

Browse all articles on the Q & A category or check the recommended articles for you below: