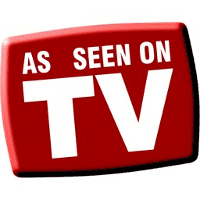 I have some exciting news to share with you guys. Around four weeks ago I received an email from a woman claiming to be an executive producer with one of the largest news channels in the U.S.. Needless to say that I thought it was a scam initially, but the email address was looking legitimate, so I replied.

After a couple of messages back and forth the woman told me that her news channel was looking for someone to comment on blogging and new media. It would be a daily appearance on one of their early morning shows. She told me that my blog and name came up after they did a preliminary research on the web, and they wanted to know if I would be interested to test for the role.

Over the following weeks I did an endless number of tests. Some of them were just conference calls with the managers to discuss the general aspects of the gig, while others were actually video pilots of the appearances I would be making.

Long story short, they liked what they saw, and we signed a deal! If you live in the U.S. or have access to the U.S. news channels via satellite TV, therefore, you’ll start seeing me live every morning. The appearances will be just 2 or 3 minutes long, but it is still very exciting!

The appearance is scheduled to go live on April 22, which is three weeks away. I am counting the hours….

I can’t reveal the news channel yet or other details about the deal due to contractual obligations (i.e., they made me sign an NDA), but on April 22 you’ll discover everything.

Finally, I just wanted to say a big “thank you” to all the readers and supporters of this blog. Without you this deal would not have been possible!

39 Responses to “Daily Blog Tips Landed Me a Television Deal!”