Check if Your Images Appear on Google Image Search

Bloggers and webmasters know that every single visitor helps to build up traffic, right? If that is the case, you should make sure that Google is correctly indexing your images, and that people searching for related image terms will have a chance to visit your blog.

Here is a quick check that you can perform to find that out. Just head to Google, and click on the “Images” link on the top left corner. That will take you to the Image Search. Now you just need to type on the search bar “site:yourdomain.com“. This quiery will filter only the results coming from your site. 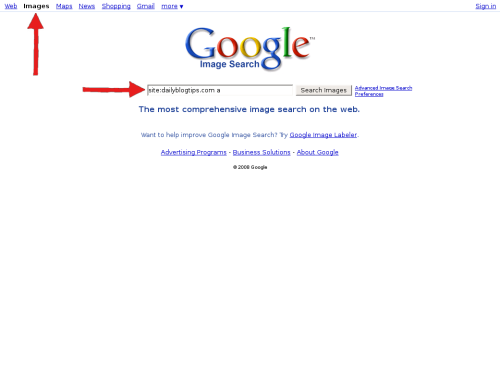 If your images are getting indexed correctly by Google you should be able to see a whole bunch of them on the search results. 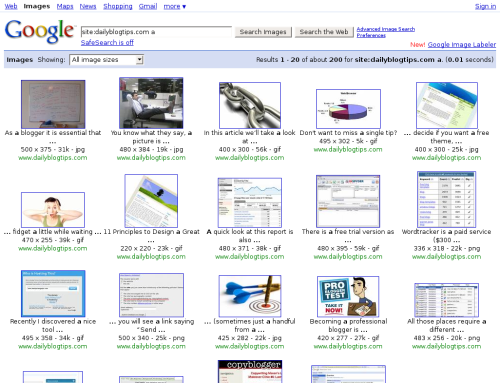 If, on the other hand, your images are not getting indexed by Google you will just see a “Your search did not match any documents” message.

So if your images are not getting indexed, check your robots.txt file to make sure it is not blocking the access to them.

There are other causes that might make Google not list your images on its search results, including a low Pagerank, non relevant tags, poor permalink structure, bad image attributes and so on. If you are sure that your images are accessible to search bots, therefore, it could be a good idea to work on their tags and attributes. Here are two articles that you guide you through the steps required:

Even if your images are already indexed, the tips and tricks described in those articles will help you to maximize the incoming traffic from image searches.