What color do you think of when I say the word ‘Opulence.’ Take a moment. Think of the word ‘opulence.’ What color comes to mind? Chances are your response depends on where you grew up.

In western countries like Europe and the U.S., regal colors like gold, crimson, and purple connotate opulence and power. That’s because in ancient times these pigments were the most difficult to extract from the ground and work into clothes, paints and materials. As such they were worn by those with the highest authority. For example, Roman senators would wear scarlet or crimson violet. Monarchies in England and France wore regal gold and lavish purples. Over time, humans learned to associate these colors with ‘opulence’.

Color is Everything. Organizations use colors in their logos to evoke various emotions. When a consumer encounters a brand for the first time, the brand’s personality will primarily be based on color. Humans are visual creatures and we make up to 85% of purchasing decisions on packaging color alone. Colors have been shown to influence brand perceptions, to increase brand awareness, to drive buyer behavior, and even alter perceived website load times.

Color is NOT Universal. With colors being so ubiquitous in marketing it may be tempting to take a successful branding campaign and market it in another geographical region. But color psychology is not universal. We are not all primed to believe that red means ‘passion’, blue means ‘trust’, or green means ‘earth.’ Depending on where you go, yellow does not always mean ‘cheerfulness,’ orange does not always mean ‘energy,’ and purple does not always connotate ‘luxury’. Companies that have failed to take color into account have mismanaged many international marketing campaigns.

Lack of Color = Lack of Flavor. In the 1990’s there was a trend to make products transparent. Companies sought to gain a competitive edge by eliminating color in their products thereby evoking more favorable attributes like purity and clarity. Pepsi introduced Crystal Pepsi, while Coca Cola released Tab Clear. Both products tanked in six months. Soft drinks are seen by Americans as red, brown by Chinese, and yellow by Koreans and Japanese. Consumers had gotten used to associate these colors with the cola flavor. The absence of color (i.e. red, brown) confused consumers into thinking the colas were either diet or lemon-lime flavored.

Unless You’re Selling Caskets, Don’t Remind Them of Death. A firm of watersports products failed in Malaysia because the company’s key color, green, was associated with sickness and danger. When Samsonite offered black and purple suitcases to people, the products failed because both colors are associated with death and mourning. Similarly, when United Airlines inaugurated its concierge services for first-class passengers on its Pacific routes, each concierge wore a white carnation – an Oriental symbol of death that shocked most of the Chinese business travelers. When Pepsi changed the colors of its packaging displays from dark blue to light blue, sales declined as the color was associated with death and mourning in Southeast Asia.

Color is crucial. When taking a new product or service into an international market take heed not to discourage or offend your customers. Do your research. Plan how you want your prospective customers to feel, and how color will shape their interaction with your brand. To you, purple may mean ‘opulence,’ but to them, purple may mean ‘death.’ 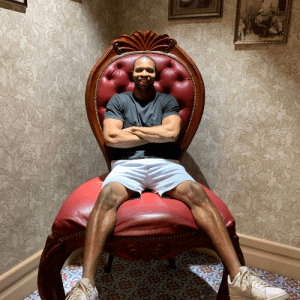