Update: This theme is no longer available in the market.

We have another WordPress theme ready to go. StudioPress is a very clean theme, and it comes with the possibility to integrate several AdSense units. 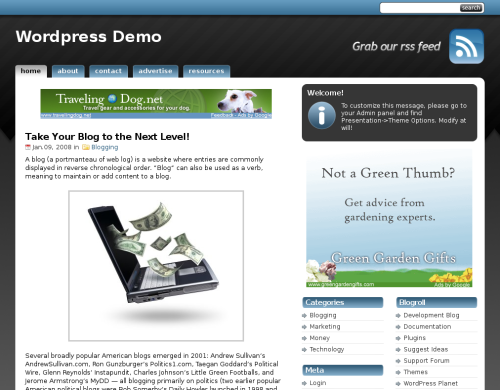 Here are some of the features of the theme:

If you have any problem using the theme or any suggestion for improvements just leave a comment below and we’ll try to help.