There is one WordPress feature that was introduced with version 2.5 that always made me curious: the image alignment feature of the “Add media” editor. Why? Because it never worked! 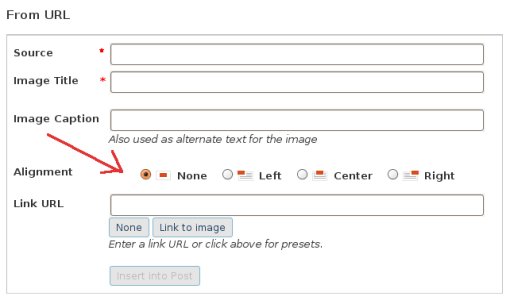 I knew that I was probably doing something wrong, but since I didn’t have time to find it out, I just kept choosing “none” as the alignment, and then I would manually insert the right, left or center alignment attribute on the image tag.

Then last week when I was submitting one of my themes for the WordPress Themes Directory I got a message saying that since version 2.5 WordPress themes were required to have the following code on their stylesheet:

Duh! That is why the alignment feature was not working on my blogs, I never added that code! Now if you faced this problem in the past, now you know how to solve it.