As the Internet becomes almost ubiquitous, more and more people are starting to have addiction problems. Some are addicted to YouTube, others to FaceBook, others to Twitter and so on.

If you are a teen or a student, this can already be a problem. If you are a worker or an online entrepreneur, this can be an even bigger problem, because it will hurt your productivity and possibly your bottom line.

How to solve the problem? I believe that the most efficient way is to stop, think, and try to become more disciplined over time.

If that is not working, however, you can try a small tool that I came across today: KeepMeOut.com. 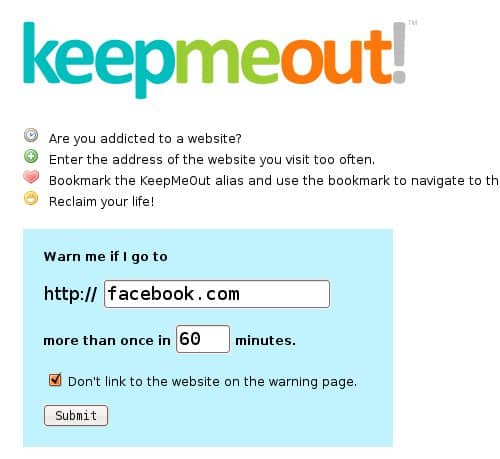