How I Doubled My Productivity Overnight

It would be hard to find a person who has never heard about a to-do list, right? Yet I bet that many of you do not use it, or do not use it effectively.

I was on the same boat until some months ago. I knew that every day I was supposed to list the tasks that needed to be done, but most of the time I would just list those tasks mentally and get on with the work. Needless to say that by lunch I would have already forgotten what I was supposed to do….

I also tried to use digital solutions, including a desktop application that manages my to-do list and the “Tasks” feature inside Gmail. They worked for a couple of days, but that was it. 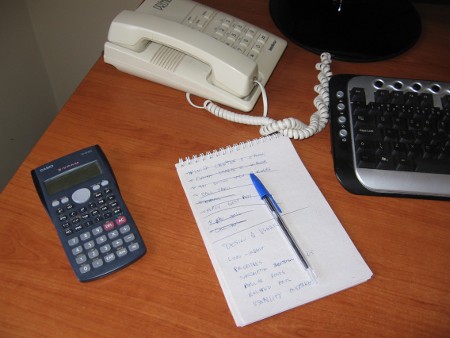 Then one day I thought to myself: “Let’s get old school and start doing a to-do list with pen and paper.” And suddenly and I was getting more things done than ever before.

These days I can’t work unless I have my notebook and a pen on my desk. Here is how I structure the process:

This is probably the best single thing I have done to improve my productivity. If you are not doing it, give it a shot.

55 Responses to “How I Doubled My Productivity Overnight”