I am glad to finally release the first free WordPress theme by Daily Blog Tips. The plan is to release a new one every couple of months. All themes will be functional and optimized, since I know what bloggers are looking for when they download a theme for their site. 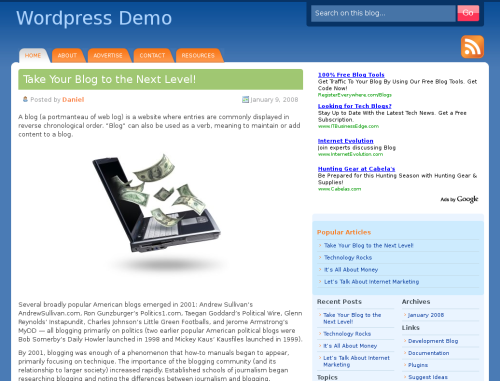 Deep Blue is an elegant theme created by Nathan Rice. The theme was specifically designed to include a 336×280 Adsense unit on top of the sidebar. Google confirms that this is the best performing Adsense format, so the layout should enable bloggers to monetize their site efficiently without compromising the user experience.

Nathan did an outstanding job creating many useful features for the theme, including:

Update: Due to popular demand we have also included a theme version designed to display 6 125×125 ad blocks on the right sidebar. This version comes with an “Ads” folder inside the “Images” folder. You just need to place your banners there and update the ad.php file with their name. Below you will find a screenshot with the 125×125 ads. 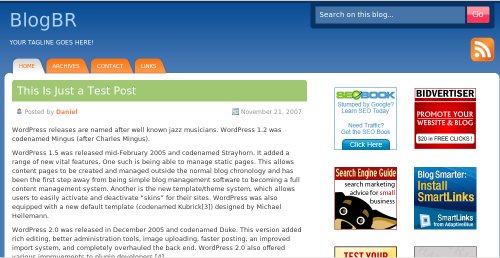 Visit our WordPress Themes page to download all our themes.

Browse all articles on the WordPress category or check the recommended articles for you below: