Back in 2009 I wrote about a company that was developing a software to convert PSD files (i.e., the Photopshop formar) into functional WordPress themes automatically. They only had a beta version, and at that point I wasn’t sure if the project would go forward or not (as it represented quite a technical challenge).

It looks like they pulled it off, and the official product has already been released. Called Divine Elemente, it’s a Photoshop plugin that will convert your PSD files into WordPress themes on the fly, without the need to touch code. 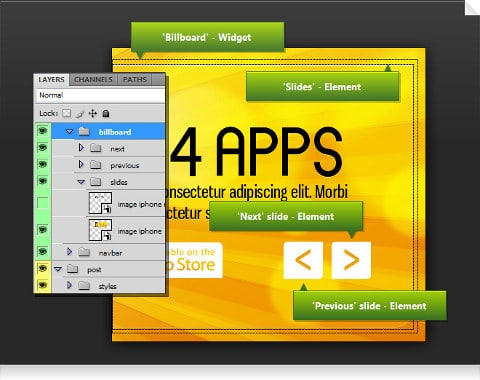 Apart from the actual conversion feature the plugin also comes with a bunch of tools to help theme designers, including the possibility to create several pages from the same layout, typography tools and a system called “960 Grid”, which aims to facilitate the create of themes for beginners.

The product costs $199, and there’s a 30-day free trial for you test it out. It’s not the cheapest Photoshop plugin around, but if you think that you could use it to start selling themes or creating some free ones to promote your website/business it becomes an interesting investment.

If any of you guys are using it please share with us your feedback.