In the early days of the Internet when a domain name expired it was already available for other people to register it. Nowadays the process is more complex; the ICANN (Internet Corporation for Assigned Names and Numbers) created what is called “Grace Period” to protect the registrants. 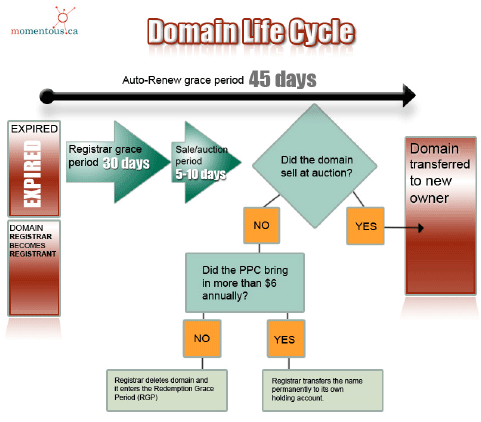 The Daily Domainer blog has an interesting article titled “Expired — But Not Gone” describing the process in detail. Basically once a domain expires it enters into the “Auto Renew Grace Period”. This period usually lasts 30 days and the owner of the domain is able to renew anytime during that time frame. Should the owner fail to renew the domain it will enter into the Redemption period.

The registrar becomes the owner of the domain on this period, and it will try to sell the domain through auctions or retain it in the case it generates PPC revenues. Finally if the domain is not sold through an auction and if it is also not generating revenues the registrar will release it.

Browse all articles on the Domain Names category

14 Responses to “How Expired Domains Work”