I love quotes, what can I say. Below you will find some that I gathered recently. Some of them are thoughtful, others funny, others yet polemic. All of them should be worth a reading though. If you have one to add, just let me know. 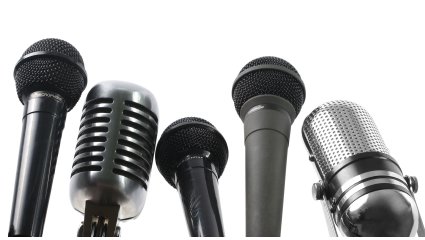 1. “Breathe. Know that the Internet has no eraser.” (Liz Strauss)

2. “I’ve long advised that bloggers seeking to make money from blogging spread their interests across multiple revenue streams so as not to put all their eggs in one basket.” (Darren Rowse)

3. “All you future Google Whores might want to pay attention to what I’m about to reveal.” (John Chow)

4. “The fact of the matter is, if you can start up a local blog about the independent hip-hop scene in Seattle or the financial side of the restaurant business or the intersection of immigration and entrepreneurship, you’ve got a far better shot at becoming a leader in your field.” (Rand Fishkin)

5. “I think I am about 5 for 500 when it comes to successful ideas vs flops.” (Jeremy Schoemaker)

6. “Readers subscribe to blogs when they provide an informational or entertainment value so great that it would be a loss to not subscribe to it.” (Maki)

7. “I think the pleasure of completed work is what makes blogging so popular. You have to believe most bloggers have few if any actual readers. The writers are in it for other reasons. Blogging is like work, but without coworkers thwarting you at every turn. All you get is the pleasure of a completed task.” (Scott Adams)

9. “When it comes to building your business, there are 4 words that should be echoing in your mind throughout the day; they are Do it Fucking Now.” (QuadsZilla)

10. “Without the New York Times, there is no blog community. They’d have nothing to blog about.” (Malcolm Gladwell)

11. “I am, in full disclosure, a member of the Media Elite. I’m a Conde Nast editor, run a glossy mainstream magazine, spent much of my career at The Economist and consort with known journalists. But nothing annoys me more than the oft-heard assertion within media circles that without us blogs would be nothing.” (Chris Anderson)

12. “Making money from blogging requires you to do only two things: drive a lot traffic, then maximize the income from that traffic.” (John Chow)

13. “Don’t focus on having a great blog. Focus on producing a blog that’s great for your readers.” (Brian Clark)

14. “OK, I’m starting a blog. Why shouldn’t an officer of a public company start a blog? Hey, life is short. At some point, take RegFD to its logical extreme, and this is how we’re all going to be communicating anyways. Think about it.” (Jonathan Schwartz)

15. “People have often described me as a blogger. I generally shy away from the term because, to me, bloggers are boring, self obsessed narcissists who use their website mainly as a means to discuss the inconsequential minutiae of their day to day lives.” (Anonymous writer)

16. “I believe the term “blog” means more than an online journal. I believe a blog is a conversation. People go to blogs to read AND write, not just consume.” (Michael Arrington)

17. “It’s funny that when people reach a certain age, such as after graduating college, they assume it’s time to go out and get a job. But like many things the masses do, just because everyone does it doesn’t mean it’s a good idea.” (Steve Pavlina)

18. “But there’s a bigger trend I’m seeing: people who used to enjoy blogging their lives are now moving to Twitter.” (Robert Scoble)

19. “I guess my point is, if you’re one of these people considering giving up on blogging in exchange for paying more attention to Facebook, Twitter, YouTube and MySpace, or whatever they throw at us mere mortals, bear in mind you are giving up on something rather unique and wonderful.” (Hugh Macleod)

20. “When I started writing this blog more than 3 years ago, it was in response to traditional media’s habit of twisting interviews to fit the headlines they wanted to create.” (Mark Cuban)

21. “I’ve developed some deep relationships over the past couple of years blogging and I realize that those relationships manifest themselves in the links I find when I do my 28x a daily ego search over at Technorati.” (Jason Calacanis)

22. “The Lazysphere – a working definition – is a group of bloggers who I won’t name by name, but you can spot them a mile away. Rather than create new ideas or pen thoughtful essays, they simply glom on to the latest news with another “me too” blog post.” (Steve Rubel)

23. “Game changing innovations are few and far between. They are usually simple concepts to describe but when they arrive it takes time to fully realize their importance and impact. Television was a game-changer, mobile phones were a game-changer, and blogging is also one.” (Collis Ta’eed)

24. “While some bloggers in networks are making pennies per the hour the network CEO’s and support staff are raking in huge salaries and getting VC Money to help furnish their homes. I don’t like it. It smells funny.” (David Krug)

25. “The bottom line is that blogging is like sex. You can’t fake it. You can’t fake passion. You can’t fake wanting to engage with the public. If you do, it will ultimately be an unsatisfying experience for both the blogger and their readers.” (Kevin Anderson)

26. “Blogs, social networks, newspapers, any other form of publication – all have social aspects to them. It is a spectrum really, with social networks at one extreme and a 19th century novel at the other. But there’s room for all types of social publishing platforms.” (Richard MacManus)

27. “I read blogs every day, for all sorts of reasons, but I turn to blogs especially when I want to hear alternative viewpoints — for example, information on a particular medical treatment from the viewpoint of patients receiving it, rather than doctors administering it; reports from the battlefield seen through the eyes of soldiers rather than politicians; thoughts on a particular technology from the standpoint of engineers rather than executives.” (Jim Buckmaster)

28. “In truth, the real opportunities for building authority and buzz through social media have only just begun. You simply have to look and see where things are going instead of where they’ve been.” (Brian Clark)

29. “Blogs are already moving upmarket and improving. The term “Professional Blogger” is no longer an oxymoron. Some in the traditional media realize this — ESPN, for example, recently purchased the popular basketball blog TrueHoop.com to complement its other online news offerings.” (Luke Langford)

30. “So forget about blogs and bloggers and blogging and focus on this — the cost and difficulty of publishing absolutely anything, by anyone, into a global medium, just got a whole lot lower. And the effects of that increased pool of potential producers is going to be vast.” (Clay Shirky)

32. “The Internet destroyed most of the barriers to publication. The cost of being a publisher dropped to almost zero with two interesting immediate results: anybody can publish, and more importantly, you can publish whatever you want.” (Dick Costolo)

33. “The more popular a person thinks he is in the blogosphere, the thinner his skin and the thicker his hypocrisy. This should be exactly the opposite: the higher you go the thicker the skin and thinner the hypocrisy.” (Guy Kawasaki)

34. “If this prinicpal thinks blogging isn’t educational, he needs his head examined: he should be seeking out every student blogger in the school and giving them special time to blog more — and giving them extra credit besides.” (Cory Doctorow)

35. “Blogs can help bring humanity back into the workplace. We have become so concerned with communicating numbers and processes that employees have forgotten how to build relationships. How can companies ask employees to provide superior service and innovative thinking when everything they see and hear flies in the face of that? Blogs help create a culture that supports those behaviors.” (Michael Wiley)

36. “The sad truth is most bloggers, even those who incessantly work on monetization strategies, end up sitting around the few dollars a day mark and find it difficult to rise above this level.” (Yaro Starak)

37. “Just as we don’t spend a lot of time worrying about how all those poets out there are going to monetize their poetry, the same is true for most bloggers.” (Seth Godin)

38. “One company I work with showed me how the traffic on his company’s site doubled since they started blogging. In fact, the blog (inexpensive) has more visitors and views than the corporate website (expensive). Well, there’s some measurable ROI in that case.” (Mike Sansone)

39. “I found myself declaiming, full flower, for an hour on the “utmost importance and urgency” of Blogging, telling him in no uncertain terms that, especially in a high-end niche business, Blogging is “the premier way” to have “intimate conversations” with his Clients. Funny thing, I believe it!” (Tom Peters)

40. “In China, blogs enable millions of citizens to express their opinions with reduced political risk simply because of the sheer number of like-minded opinions online. Facing these independent voices, the old ideological machine starts to crumble.” (Xiao Qiang)

41. “The currency of blogging is authenticity and trust… you pay folks to blog about a product and you compromise that. I would almost care about this, but it’s so obvious to everyone that this is either a joke or an idiot that there is nothing more to say.” (Jason Calacanis)

42. “Looking back on the event, I find myself thinking there are three approaches to journalism represented here. One is the “cool” approach of traditional journalism, including network broadcasting (in which NPR is no exception). One is the “hot” approach of talk radio, which has since expanded to TV sports networks and now Fox TV. The third is the engaged approach of weblogging.” (Doc Searls)

43. “Some blogs have become the best check on monopoly mainstream journalism, and they provide a surprisingly frequent source of initiative reporting.” (Harold Evans)

44. “Yes, blogging is entertainment. It is performance. Each blog post a show, sometimes an opera, sometimes a 30 second commercial. Like a show, it may start with a bang, lead you along from song to song, have a great climatic moment, then leave the audience wanting more.” (Lorelle Van Fossen)

45. “As I have repeatedly written in one form or other, blogging is not about writing posts. Heck, that’s the least of your challenges. No, blogging is about cultivating a mutually beneficial relationships with an ever-growing online readership, and that’s hard work.” (Alister Cameron)

46. “The reason blogging is often put into the passive category is because if you use direct monetization through Adsense, banners, etc, you earn while you sleep.” (Chris Garrett)

47. “Unless you restrict your reading habits to a really small segment of the blogging population, or you are a blogging machine like Robert Scoble, a feed reader is only going to give you a small window of what is happening in the blogosphere.” (Andy Beard )

48. “To be sure, the blogosphere is subject to all of the same risks as the Internet itself. Many blogs are loaded with vanity posts, half-truths, rumors, and even intentional distortions.” (Christopher Cox)

49. “In at least one way we are atypical bloggers. That’s because we just keep on posting. The typical blogger, like most people who go on diets and budgets, quits after a few months, weeks, or in many cases, days.” (Stephen J. Dubner)

50. “Blogging is good for your career. A well-executed blog sets you apart as an expert in your field.” (Penelope Trunk)