So the other day I was talking with my designer about a logo, and he recommended me to go to dafont.com, choose one font, and report back to him. Believe it or not I had never came across this site before. 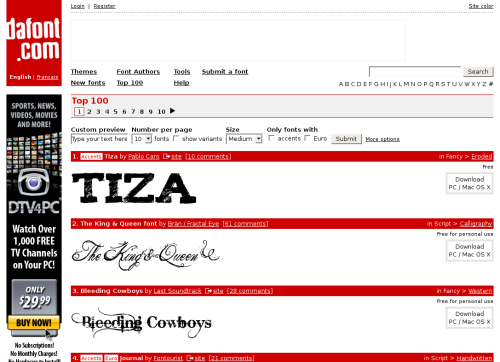 It is nothing less than the fonts paradise. They have over 7,000 fonts available for download, most in PC and MAC versions. You can search for fonts based on style (e.g., fancy, techno, gothic, basic) or even browse among the Top 100 fonts on their database.

Overall it is a very useful website for anyway that needs to write on computers (which translates to all of us, I guess).

23 Responses to “The Fonts Paradise: dafont.com”