This is a guest post by Joshua Clanton. You can also read the first part of this series, the Klingon way. 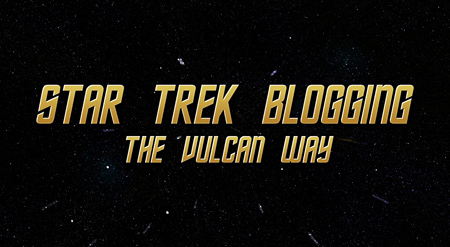 Of all the aliens in the Star Trek universe, Vulcans are probably the most well-known, thanks to Mr. Spock. Vulcans, by and large, are a people devoted to logic and suspicious of human emotionalism. As a result, they tend to be highly practical and place a great deal of trust in scientific methodology. Over the centuries, they have developed certain precepts to guide their thoughts and actions. Here are four which can be applied to blogging.

When considering two courses of action, Vulcans are trained to choose the one which will achieve the greatest good to the greatest number. A common example of this in blogging is the choice between offering full feeds or partial feeds. While some prefer partial feeds, most polls show that full feeds are preferred by a substantial majority. In this case, the Vulcan thing to do is offer full feeds unless there is a compelling reason not to.

Though Vulcans are extremely dedicated to their logical philosophy, that same philosophy teaches them to value diversity. This is one reason that Vulcans continue to work with humans despite their “emotional excesses.”

Valuing diversity of opinion and background is a crucial part of fostering conversation and interactions on a blog. Who wants to participate in a conversation which consists entirely of self-congratulatory back patting?

This precept is also a traditional greeting and farewell. It is a wish for the well being and happiness of the recipient.

I think that many times bloggers can get so caught up in focusing on their blog and their comments that they fail to wish for and contribute to the good of others. A little bit more of this Vulcan philosophy couldn’t hurt, and it might just help!

May you too live long and prosper.