Here is the final part on the Star Trek Blogging saga. In the past we covered the Klingon and the Vulcan approaches to blogging. Now it is the Borg’s turn. 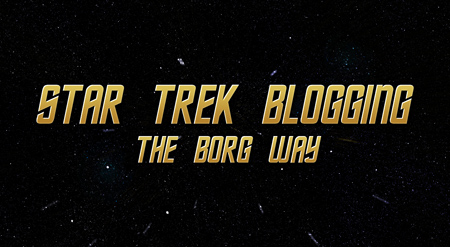 Like the Klingons and Vulcans, the Borg have their own take on reality in the Star Trek universe. A cybernetic species, rather than basing their society on a warrior ethic or the dictates of logic, they share a collective consciousness which allows them to act as one. This collectivism is particularly embodied in several directives which can also be translated into the practice of blogging.

We are the Borg

You should therefore treat the community around your blog as a key factor to its success.

For example, think about comment moderation. When people start posting inflammatory comments, the Borg approach has a remarkable simplicity to it. Don’t allow anyone to post in such a way that it damages your collective (community). After all, you are the Blog Queen (or King), and it is your responsibility to see to the good of your members.

You will be assimilated. Your technological and biological distinctiveness will be added to our own.

Though the Borg don’t value individuality as such, they do actually value a certain kind of diversity. When they assimilate other species, it is with the goal of discovering that species’ unique strengths so the collective can add them to its own.

In blogging, being able to assimilate the ideas and techniques of others, particularly other bloggers, is one of the surest ways to achieve success. Yes, everyone has their own strengths. But if you can learn to assimilate the strengths of others consistently, there is almost no limit to what you can achieve.

This directive may be even more important to the success of the Borg than their collective mind. “Resistance is futile” means that the Borg never stop. They never give up. The may retreat for a while, but this is only so that they can regroup and come back stronger than ever.

If you can bring this sort of determination to your blogging, then you too can declare that, “Resistance is futile.”