Some five minutes ago I was talking with Abhijeet over IM and he asked me what my desktop looks like (desktop here being your wallpaper combined with the icons and whatever you might have on your computer screen).

Sure this won’t give us any vital blogging tip, but we have an engaged community around the blog, and it would be interesting to get to know the “behind the scenes” of some bloggers. 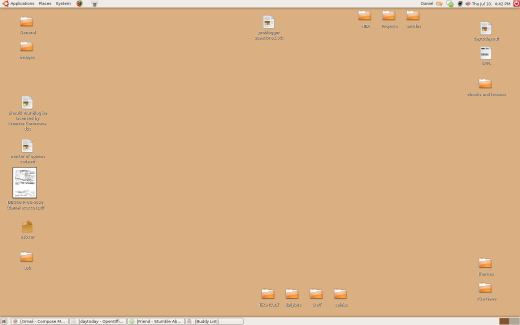 So if you want to see your desktop published on a future post, just send to me on danielATdailyblogtips.com. The picture above is my desktop. Hey, I never said I had a cool one!

21 Responses to “Share Your Desktop with the DBT Readers”