Hit Scrapers Where It Hurts: Adsense

A couple of weeks ago I wrote an article titled “Google Ranking Scraped Material on Top?,” where I described that for very narrow search terms Google was ranking splogs and content scrapers before the original content.

By the time I was not sure about the best approach to combat these forms of plagiarism and content theft. Filling a DMCA, as Google suggests, is a laborious process (you even need to send documents via fax…).

Reading through the comments, though, I came across some solid advice from Andy Beal. Andy was basically suggesting to report an Adsense TOS infringement instead of filing a DMCA.

Getting someone that is violating copyright kicked out of Adsense should be faster and easier than getting the content removed from an anonymous blogger account (despite that being the optimal situation).

In order to report the Adsense account of the scraper you just need to click on the “Ads by Google” link that appears on all Adsense units. 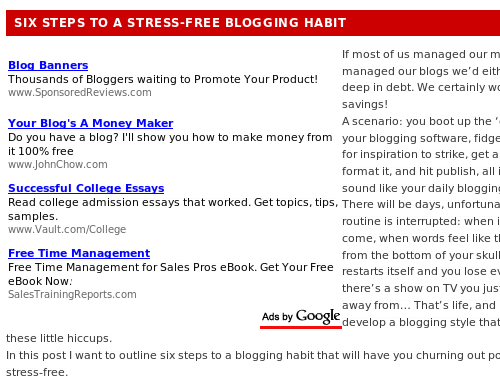 On the footer of the following page you will see a link saying “Send Google your thoughts on the site or the ads you just saw.” Just click there and follow the instructions. 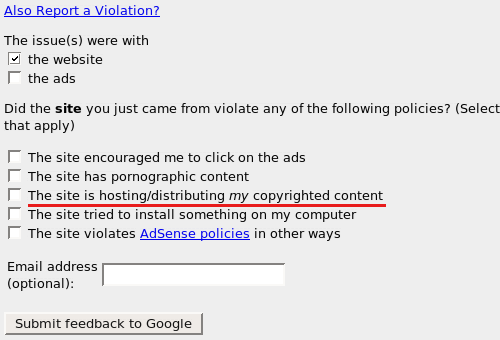 I started to to employ this method with some sites that are copying my content on a consistent basis, and I will keep you guys updated on the results that I will get.

Have you had any luck combating scrapers? What methods did you use?

38 Responses to “Hit Scrapers Where It Hurts: Adsense”