This is a guest post by Joshua Clanton, a freelance web designer who blogs about web design, creativity, and productivity. 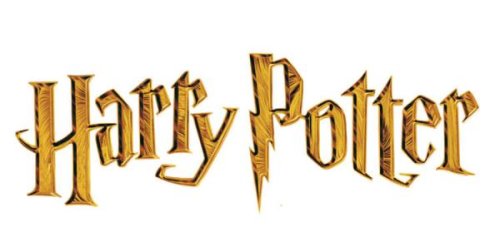 Humble beginnings, a long arduous struggle, and ultimate triumph… The story of a young wizard? Or the story of a beginning blogger? How about both? Here are six lessons from Harry Potter on how to become a blogging wizard.

1. Everyone’s an outsider at first

When Harry first entered the wizarding world he felt like an outsider. Despite his fame, he knew nothing about how the wizarding world worked, and often made ridiculous mistakes. But with time, Harry learned how things worked and began to fit in. (At least as well as the Boy Who Lived could fit in.)

When you first start out in the blogging world, you’ll probably feel like a bit of an outsider too. This is normal. No one starts out knowing everything there is to know about WordPress, RSS, and the time-tested techniques for writing good content. But all you have to do is stick with it long enough and eventually you’ll learn what you need to know.

2. What you need most are friends

What Harry really needed most as he tried to navigate in his strange new world was someone to show him the ropes. Fortunately, he soon met Ron and Hermione. Harry didn’t choose them because they were well placed and had great connections. Despite Ron’s poverty and Hermione’s half-muggle ancestry, they were the two best friends that he could have made, because they were willing to stick with him and help no matter how bad things seemed.

Bloggers need friends, too. I don’t mean contacts you can network with. I mean people who are willing to help you out just because they like you. If you can find one or two people like that, you’re well ahead of the game.

3. Watch how others work their magic

Despite his natural talents, Harry never did do all that well in formal classes. Instead, he made most of his magical progress by watching others casting spells and trying it for himself.

When you see someone succeeding at blogging (however you define success), watch them closely. Study how they write, how they engage their readers. Then, once you’ve found something that you think ontributes to their success, give it a try!

4. Don’t be afraid to break the rules (but beware the consequences)

In Harry’s struggle with Lord Voldemort, there were many times that he had to decide what was more important: keeping the Hogwarts rules or making progress in the fight against the Dark Lord. Harry almost always chose to break the rules, and this usually turned out for the best, but sometimes it backfired.

In blogging school, as at Hogwarts, there are a lot of rules, especially about writing good content. But sometimes it’s worth your while to break them. The key is in remembering why the rules are there in the first place, and weighing whether the potential advantages outweigh the risks.

There is, of course, a much more important set of rules in the wizarding world: the rules forbidding the dark arts. In this there is very little leeway. Use of the dark arts is what separates the followers of Voldemort from the rest of the wizardry world. And though Harry does succumb to the temptation to use them a couple of times, it is something shameful.

In blogging too certain things are forbidden. Things like plagiarism and black hat SEO will not only hurt your reputation, but may bring down the wrath of the Ministry of Magic, er… Google on your head.

6. Give without expecting anything in return

What helps Harry to triumph in the end isn’t his outstanding abilities. Though he is talented, both Dumbledore and Voldemort are more skilled. Instead, it is his willingness to help others, to give his life without expecting anything in return, that really makes the difference.

Giving to others isn’t just a technique for making yourself popular. Though it may help, if that’s your goal, there are probably better uses of your time. But if you want to become a blogging wizard who is not only successful, but also makes the world a little bit better, you need to learn to give without expecting anything in return.