Winners of the 2007 Weblog Awards

The 2007 Weblog Awards website announced the winners of the current edition. Daily Blog Tips was running for the “Best Web Development Weblog” category. Congratulations for A List Apart for winning the prize, they surprised me beating Problogger.net (the winner of the 2006 edition). Thanks for the readers that supported this blog also, hopefully next year we will give the other competitors a tougher run! 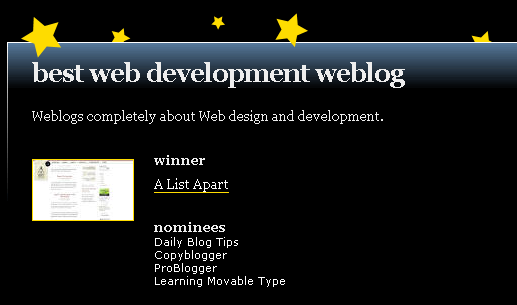