We Should Try To Learn More From Other People

Back when I was at the university (around 2002) I went to live in an apartment with three other students. I didn’t know them prior to moving there, but quickly we became good friends. Then one day I was leaving the building to walk to the university and I noticed one of my friends leaving the garage with a BMW Z3 M. Not familiar? At the time it was one of the best BMWs around, with almost 300hp. Below is a picture. 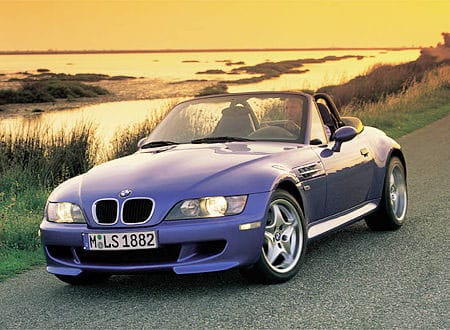 Needless to say I was shocked when I saw the scene. I approached him and said something like “What the heck dude! You never told me you had a Z3 M!”.

Right after that I obviously questioned him regarding how he managed to buy one, since he apparently was just a student. He told me that he made money buying and selling stuff on a site called eBay. I was surprised, but that was it. I guess at the time all I cared about was partying and having fun (I was 19 after all), so I didn’t pay too much attention to my friend’s entrepreneurial endeavors.

Looking back I wish I had acted differently. That is, I wish I had gone to my friend and said something like “OK, you obviously have something working for you here. You figured something out that other people haven’t, with amazing results. I want that too. Would you be so kind to teach me?”

I am sure my friend would’ve been flattered with such an attitude from my part, and that he would’ve done his best to teach me all he knew about the eBay stuff he was working on. I am also sure I would be making 7 figures annually by now if I had started doing online marketing back in 2002….

Why I am telling you this story? To illustrate the point that learning directly from other people who already achieved what you want to achieve is one of the best ways to succeed, and yet few of us do it.

And here is the interesting part: I don’t think that convincing people to mentor you is that hard. You just need to show you REALLY want it, and that you are willing to do what it takes. The easiest way to do this is probably to find someone in your own city or country, and try to build a relationship. You could start it over the web, but sooner or later you would need to take it to a personal level. Invite the person for a beer, ask if you can pay him a visit some day to see his office and the behind the scenes of his websites and so on. You get the idea.

Browse all articles on the Strategy category