The Design Evolution of 11 Popular Blogs

How did the design of blogs like TechCrunch or Gizmodo changed over the time? The guys from Pingdom were curious about that, and decided to profile 11 popular blogs, with pictures of their design back in the day and today.

Here is the comparison from Gizmodo: 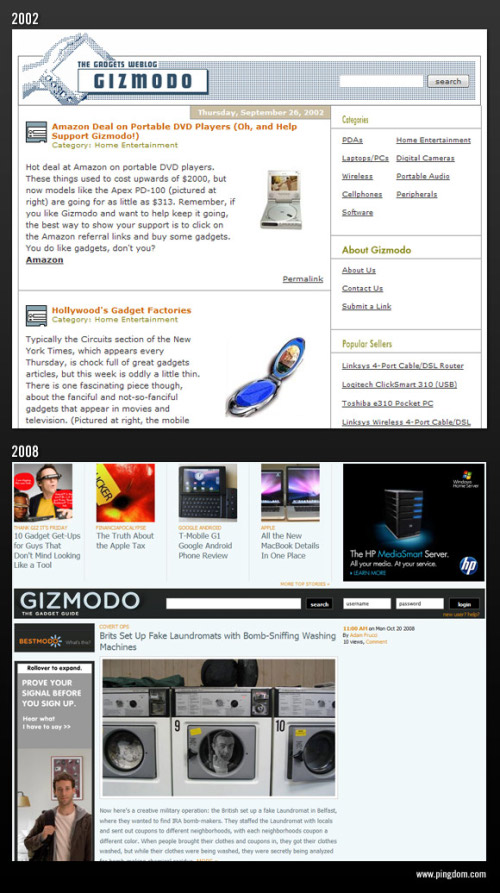 A couple of interesting things that I noticed:

You can check all the 11 images on the original post.

20 Responses to “The Design Evolution of 11 Popular Blogs”