Viral content, like a type of flu we might want to catch, spreads from person to person because it’s remarkable and, by its nature, asks to be talked about. More so than any other kind of content, viral posts will encourage social media success, inbound links, comments and recommendations. 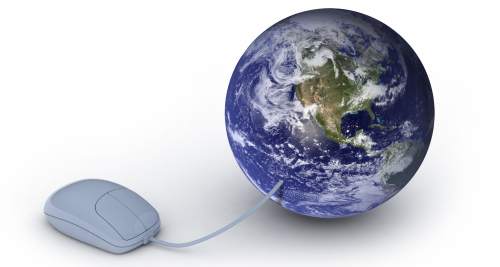 Viral content is powerful, and in this post, I want to show you how to tap into that power. When carefully executed, a viral post can help launch your blog’s growth into the stratosphere.

Combine the following principles with a healthy dose of elbow grease and you might just create something remarkable!

1. Get the headline right

No, it doesn’t need to start with a number, but the reason so many viral posts do start with a number is that it’s a really easy way to communicate that “this content has value”. As much as some people grumble about numbered headlines, the list of Daily Blog Tips’ most popular posts on your right shows that they work, plain and simple. A comparison:

The second headline is more clickable because you know you’ll be getting a lot of value from the content. The first headline, however, might contain only two or three tips. Also, the higher the number, the greater the chances that you’ve not seen each point before.

That being said, you can communicate real value without using numbers. The best headlines rouse a reader’s curiosity, or promise value, and there are a lot of creative (text only) ways this can be done.

Content that talks about what is currently being talked about tends to get talked about. Huh? Not pretty to say, but it’s true. Linking your niche to the current big thing, whether it be Britney Spears’ downfall or Google’s online monopoly, is a tried and tested recipe for viral success.

3. Try cramming lots of value into a small package

If I give you a dollar a week for ten years, you’re not going to care so much. If I give the same amount of money to you in one lump sum of $520, you’re going to be impressed, and you’re probably going to tell your friends. The same principle applies to viral content. More value in one place means more impact.

4. Learn from what works

Head to your favorite A-list or B-list blog and take a look at their list of Most Popular Posts.

Head to the front page of Digg, or del.icio.us, and note down the types of content you see there.

Through both these exercises, it’s more than likely you’ll be met with an idea that can be readily applied to your niche.

You’re using a proven formula to produce a radically different article, and I bet both of those would have a good chance of going viral within their respective niche (and possibly outside it).

5. Cut out the fat, and then some more

Viral content never starts with a winding anecdote, or a long explanation. It ruthlessly cuts out the fluff and starts with what’s important: the value. If you do have a fluffy intro, you can bet visitors will scroll right past it.

Any information that does not make your post easier to understand, or support your core message, needs to be cut, and cut without remorse. If you can make the same point in less words, do so.

Social media is best characterized as a war for attention. You can’t waste a drop of it on the unimportant.

6. Sew links into what you write

Carefully chosen outbound links add depth and value to your text. The trackbacks and impressions they leave on other blogs will help get the viral snowball effect rolling.

Word of mouth always needs to start somewhere, so it might as well be with you.

Self-submission to social media will always be a controversial area, and it’s a debate I don’t want to step into here. Needless to say, if you like that route, you can start with that. If you don’t, you can pass the post along to social media friends, run it past a few blogging chums, and otherwise get it under the noses of people who’re likely to appreciate what you’ve done.