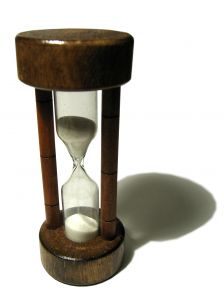 We all know that focusing on timeless content is a good thing. This will ensure that your posts and articles will be useful tomorrow, next month and maybe even next year. Steve Pavlina’s success is undoubtedly related to his thoughtful, timeless content. In his own words:

In terms of traffic building, timeless content connects with people at a deeper level than time-bound content. The latter is meant to be forgotten, while the former is meant to be remembered. We forget yesterday’s news, but we remember those things that have meaning to us. So I strive to write about meanings instead of happenings.

Some popular blogs around the Internet are starting to adopt this model. I talked to some of these bloggers and asked their opinion on the topic, check it out:

If the content is timeless and not ‘newsy’ in nature I think that
removing the timestamp from a blog is a very worthwhile thing to do. I’ve been doing it since the start of Digital Photography School (digital-photography-school.com/blog) a year ago and have noticed a few interesting things:

1. I get a lot more links on ‘old’ posts over time. On my blogs with dates on them I find that despite them getting traffic from Google that they are rarely linked to after a week or two. On DPS I’m constantly getting links from sites on posts even after a year.

2. I get more comments on old posts. Even though I leave the dates on comments (so people can really tell how old a post is from that) I find that not promoting the date gives a perception of ‘freshness’ in people’s minds and makes them more willing to interact with the post.

I don’t really have a concrete reason why I removed the time stamp, except that it doesn’t make the blog posts look dated. However, depending on the overall site and its content structure, dates can be important and useful.

Going without dates also affects your marketing potential. For instance, it might make it easier to promote material on social voting/bookmarking websites. For example, I can send visitors to an article I wrote 2 months ago and it’ll still appear to be fresh and new, particularly so if the content isn’t about current events/news. I also think this affects your ability to receive citation links and comments.

The reason we chose to not date posts on FreelanceSwitch was to produce content that didn’t feel dated. Because Freelancing is not a technology-oriented field, the advice we dispense on the site should be as good today as it is in three years time. In that sense the site is a growing body of articles rather than posts.

To be honest I’m not 100% certain it is a good idea to not date posts. We’ve had one complaint that I know of, but other than that no-one seems to care much one way or the other. I got the idea to do it after reading that you shouldn’t use dates in your permalinks as old content can look … well old. Taking it one step further and removing dates altogether seemed like a good idea.

In one way perhaps not dating the posts means that the reader has no point of reference as to when the post was written and where it falls into the sequence, but since posts are very much standalone pieces on the site, does that really matter? We do have categorization of content to make some sense in the users head so there’s no great danger of the user feeling lost on the site.

I think removing dates is OK for blogs where the content is ageless and its sequence unimportant. If you were writing a blog of events or technology or just one where it was a good idea to read earlier posts before later ones then I would say its a bad idea to remove them. In our case it doesn’t seem to make much difference.

Obviously there are both advantages and disadvantages involved. Increasing the amount of backlinks, comments and the exposure around social networks for your older posts is very valuable. On the other hand some visitors might want to know when the content was written.

Would you be more likely to link or comment on a post without the time reference? Would you be turned off by it?