This is a very useful Firefox extension for web developers, designers and bloggers. We all know that speed is a key component of usability, and that the loading time of your website will make the difference between people actually navigating it or just skipping it altogether.

Load Time Analyzer is a Firefox extension created by Google that displays the number of events that are processed by a certain website and how long it takes to load them all. The load time displayed will obviously be influenced by your Internet connection, nonetheless it can provide a good indicator of the site speed. 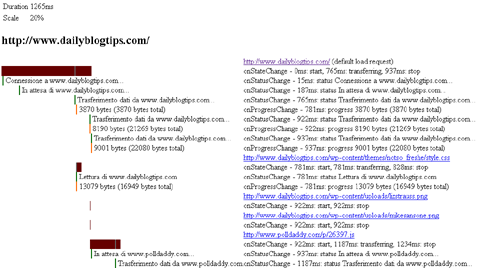 The most interesting part of this extension are the detailed graphs that it outputs for every single site. On the graphs you will be able to see what objects are creating bottlenecks, how many external requests the site has, what plugins or scripts are placing requests and so on.

Update: If you are having problems with this extension try Firebug. It also provides more functionalities.