Digg 4 Is Here: What Has Changed

Digg launched its much expected version 4 yesterday. There are some big changes implemented, so I think they deserved a small review.

The biggest change is the introduction of social elements into Digg’s platform. Think about mashing Twitter into the old Digg system. Right after logging into your account, in fact, you’ll be offered a list of suggested users you can follow. If you had fans in the past, they will be your followers, and vice versa. You can follow me on digg.com/envec if you want (I’ll reciprocate). 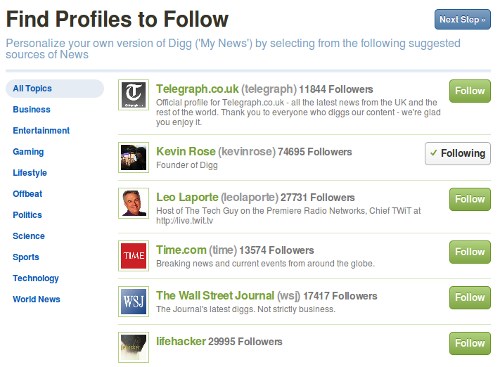 Once you visit the homepage you’ll find another change. Now you’ll see a list of popular stories that have been dugg by at least one of your friends (e.g., people you follow). In other words, each user sees a personalized version of the front page now. You still can get the old style front page though, where the overall most popular stories get displayed. Simply click on “Top News” on the top left corner. 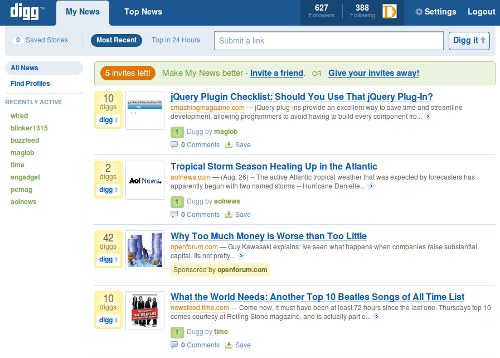 Another positive change is how submitting stuff to Digg works. The process became a lot easier. On every page of the site you’ll notice a box saying “Digg it”. If you want to submit a story you just need to paste the URL there and click the button. If no one submitted it in the past, you’ll just need to write the description and bang, the story is in the system (it is also sent to all your followers).

Finally, managing your profile became simpler. Just click on “Settings” and you’ll see a clear menu with the options you have. Bloggers and web publishers should pay attention to the “Import Feeds” feature, which allows you to connect your RSS feed with your Digg account, auto-submitting all your latests posts. It’s necessary to verify your feed by placing a snipped of code in one of your posts. 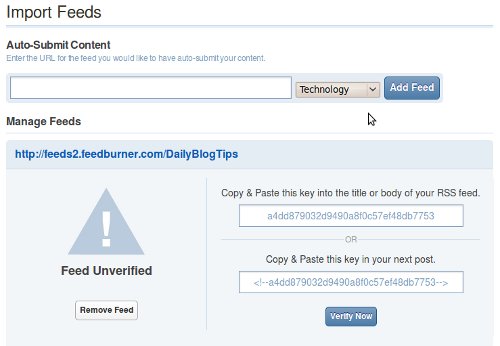 Overall I think the Digg team did a great job with version 4. They understood that Twitter is basically becoming a link sharing platform, and they modeled Digg to do a better job at that.

Will it be useful again to drive traffic to small publishers like you and me? I am not sure yet, but I’ll certainly give it another shot, and I’ll let you guys know how it works out.

20 Responses to “Digg 4 Is Here: What Has Changed”