ComScore just released their report with the top 50 U.S. web properties for September 2008. The list is based on the number of monthly unique visitors. The report also included a lot of useful information, from the analysis of the websites that scored the largest traffic growth to the break down of unique visitors by topic (not surprisingly politics is leading the race in terms of growth). 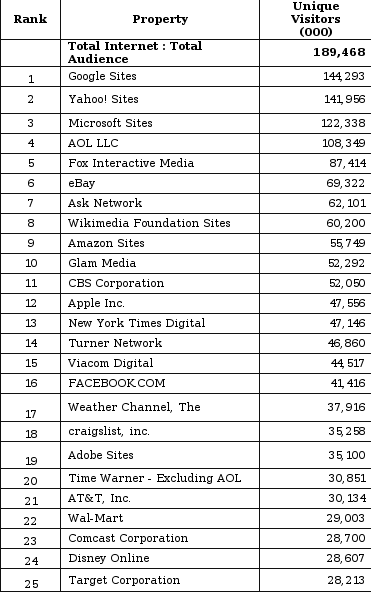 Some curious facts (that make me wonder if they are accurate…):

What do you think? Hat tip to Weblog Tools Collection.