Clever use of Google AdWords 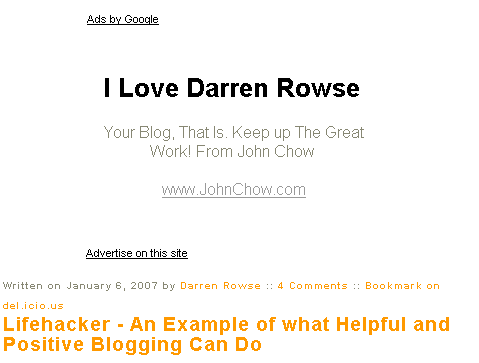 The picture above is a screenshot that I took from Darren Rowse’s Problogger site. This is a very clever use of AdWords. If you pay attention all the Google ads carry a feature called “Advertise on this site”Â, but not many people seem to take advantage of that.

John Chow designed a funny and very targeted ad, and placed it over the Problogger site since he knows that such audience will probably find the content of his site also valuable. If you are going to spend money on pay per click advertising campaigns you should consider using this strategy, it certainly helps the click through rate and the quality of the visitors that you will get.

5 Responses to “Clever use of Google AdWords”