Blogging Idol: We Have a Winner!

All right folks, it was an intense July for me and I am sure for all the competitors, but we are finally at the end of it. Hopefully it was also a funny experience for everyone involved, include our readers who followed the contest. 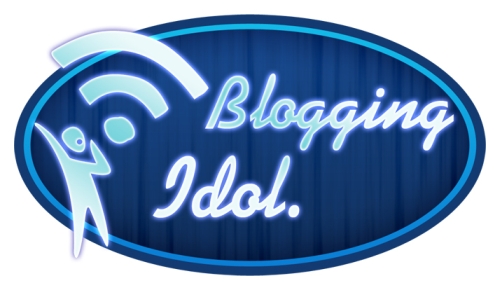 We had weekly updates during the past month, where we discussed the general developments and where competitors shared their strategies, so if you missed any here are the links:

I would like to lay a final thank you for the sponsors who donated money and prizes for the contest.

And the winner is…

Most competitors ended up with a healthy increase on their number of subscribers, so an extended congratulation goes to all of them.

Then we also had some blogs that performed particularly well. Romeuy.com was disqualified due to offering downloads (for which he didn’t have the copyrights) in exchange of people subscribing. It was a mistake not done on purpose though, and his gain in RSS subscribers was outstanding nevertheless. He started the competition with 759 subscribers and ended it with 2386.

His strategy was to use keyword research and SEO to make his posts rank high on search engines, and then to place a highly customized email subscription form on each of the posts that were receiving organic traffic. Quite clever, and he said he will be back on the second edition to win!

WinningTheWeb.com was another surprise. The blog stayed with a flat number of RSS subscribers thought out the month (hovering at 950), and then 2 days his feed count suddenly jumped to 1500. Basically he was working promoting his Aweber newsletter, and 2 days ago he activated the Blog Broadcast feature, transforming those subscribers into RSS subscribers as well. He almost took the prize, having 8 fewer subscribers than the leader. That was close!

So the winner of the first Blogging Idol is Abhijeet from http://www.stockmarketindia.net/

He started the competition with 953 subscribers, and ended with 1538, an increase of 585 subscribers. Some people claimed that perhaps he was cheating, especially because his blog shows fewer hits than subscribers. Well I did some research and it looks like he is clean.

He had been gaining around 250 RSS subscribers every month for the past 4 months already, so a 580 increase is not impossible considering he had an extra inventive on July. Additionally, I also had access to his Feedburner stats and to the complete list of his email subscribers. It all looked fine.

So what strategy did the author use? His blog covers stock market tips, buy calls and similar, so he leveraged that content to get email subscribers. The first tactic that he employed was to increase the post volume (to 2-3 per day) and to include a huge email subscription box on top of the content column.

Secondly he emailed several Google and Yahoo! finance groups with extensive stock market reports, and inside those reports he inserted a very explicit link to his Feedburner email subscription. The link encouraged people to click to receive free stock market updates and tips.

What do you want to see on the next Blogging Idol?

I had a great time with the first Blogging Idol contest, and I think that the participants and readers did as well. Within a couple of months we will have a second edition therefore.

There were some flaws on the first competition, and I won’t deny. But it was a good learning experience nonetheless, and hopefully we will fix the problems in the future.

The question then becomes: what do you want to see on the next Blogging Idol? That is, what factors do you think we should use to measure the winner? What kind of blogs should be allowed to participate? How many competitors?

Here is one idea that I am considering: limit the participation to 10 or 20 big and established blogs. Use 4 factors to decide the winner:

1. Traffic from Google Analytics (participants must give me access to it).
2. RSS subscriber gain
3. Technorati rank increase
4. Voting from the readers

I know that each of those factors can still be gamed, but combined it would be much less effective for someone trying to. For example someone would need to spend a lot of time to cheat the RSS subscriber numbers, but this would not help him with the other 3 factors, so he could still end up losing.

What do you suggest?

62 Responses to “Blogging Idol: We Have a Winner!”