Ever tried to read an article on some newspaper, only to get bugged to register a user account in order to do that? We all have been there, and it’s quite annoying.

To solve this problem a service called BugMeNot.com was created. You just need to specify the website you are trying to access, and the site will give you a list of member created users/passwords you can use. Examples of supported sites are: 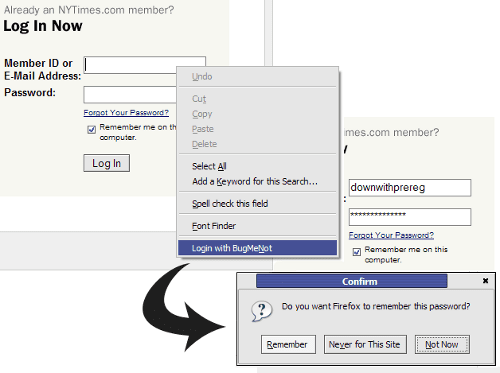 And the cool thing is that you can install the BugMeNot Firefox add-on, too, which will make the process even faster. Once the add-on is installed you’ll just need to right click on the user/password field and it will fill it out for you automatically.